As the main driving force for the domestic auto market, the production and sales of domestic new energy vehicles continue to reach a record high. According to the China Automobile Association data, in October, the production and sales of new energy vehicles completed 762,000 and 714,000, respectively, an increase of 87.6%and 81.7%year -on -year, and the market share reached 28.5%.

From January to October, the production and sales of domestic new energy vehicles reached 5.485 million and 5.28 million, average 1.1 times year -on -year, and the market share reached 24%. In the main variety of new energy vehicles, compared with the same period of the previous year, the production and sales of pure electric vehicles, plug -in hybrid vehicles and fuel cell vehicles continued to grow at a high speed. 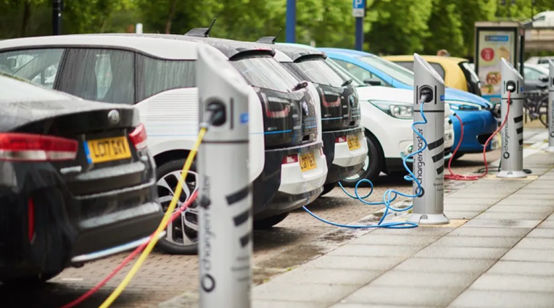 As another driving force that drives the stable growth of automobile production and sales in my country, automobile exports hit a record high in October. In October, the exports of automobile companies reached 337,000, an increase of 12.3%month -on -month and 46%year -on -year.

In fact, since last year, the export volume of Chinese automobile companies has shown a rapid growth trend. In August and September this year, it exceeded the 300,000 mark, reaching 308,000 and 301,000, respectively.

From January to October, automobile companies exported 2.456 million units, an increase of 54.1%year -on -year, and exceeded the expectations of 2.4 million vehicles exported by the Chinese Auto Association in August this year. From the perspective of the outside world, my country's independent brand exports have entered a new stage of accelerated development. It is reported that domestic automobile exports this year are expected to reach 3 million.

Regarding the expectations of domestic automobile development in 2023, the China Automobile Association believes that there is great uncertainty. "Because the traditional fuel vehicle purchase tax preferential policy continues to be clear next year, and the subsidy of new energy vehicle subsidies is about to withdraw, the prices of raw materials of power batteries have risen sharply. Difficulty. The next step is urgently needed to guide the relevant national authorities at the macro level, and the relevant policies are clarified as soon as possible.

Looking back on May 31st this year, the "Announcement on the Subtraction of Partial Vehicle Vehicle Purchase Tax" issued by the CZ Department and the State Administration of Taxation proposed that the purchase date was within June 1st to December 31st, 2022 and the bicycle The price (excluding value -added tax) of 2.0 or less passenger cars with a displacement of 2.0 or less than 300,000 yuan, minimum the purchase tax of half of the vehicle.

According to the latest data from the State Administration of Taxation, from June to August this year, about 3.53 million vehicles across the country enjoyed the vehicle purchase tax reduction policy, with a cumulative reduction of 23.04 billion yuan in taxes, and an average daily purchase tax of 250 million yuan.

Driven by factors such as policy promotion such as the policies such as the reduction of the purchase tax, the high -speed growth of new energy vehicles, and the good momentum of automobile exports, it has continued to maintain rapid growth since June. "The growth of the domestic automotive market this year depends mainly on the driving of policies." Chen Shihua, deputy secretary -general of the China Automobile Industry Association, emphasized.

Contrary to the high growth trend of the passenger car market, the domestic commercial vehicle market continues to hover at a low position.